For our final piece of IGMC coverage, let’s take a look at the Engine Prize winners! A diverse bunch to be sure. 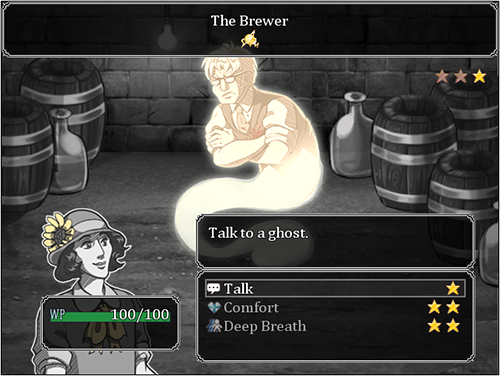 In an interesting twist, not one but two of the most memorable games of this year’s contest featured talking with ghosts as a central plot point. Kinda like when Antz and A Bug’s Life both came out in 1998. This highly polished RPG flawlessly evokes its 1920s setting with its art and music, but the unique characters will subvert the expectations of many players. The two paranormal investigators at the center of the story have a variety of humorous, interesting and sometimes moving encounters with ghosts, often during the game’s creative battles. This was by far the most competitive of the engine prizes but Free Spirits won handily. 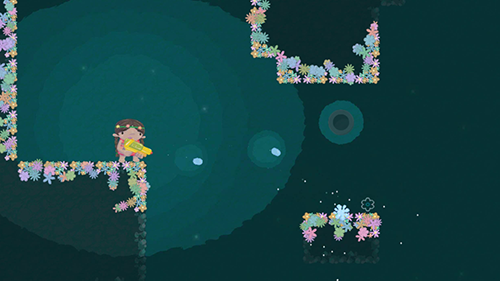 The story of Meadow, a young girl who finds herself trapped in an underground labyrinth filled with steep cliffs and slippery sludge. This platformer relies on her magic super soaker that can spawn flowers that help her safely traverse the area. But they only last a few seconds so you have to move quickly. A very creative concept but I suspect that the lack of controller support kept it from advancing farther. Trying to aim the water gun and jump around was tough on just a keyboard. 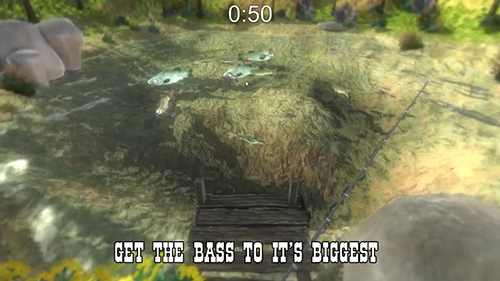 Gotta love that Old West font. Fishing Sim is exactly what it says in the title, a credible fishing game that challenges you to catch a variety of fish, including the elusive bass. Catching is only half of the game, however, you are also raising them to be big enough to sell for a nice price but not so heavy that you can’t catch them anymore. Rendered with pleasant graphics and a clear familiarity of its subject matter, it should delight any fishing enthusiasts who come across it. 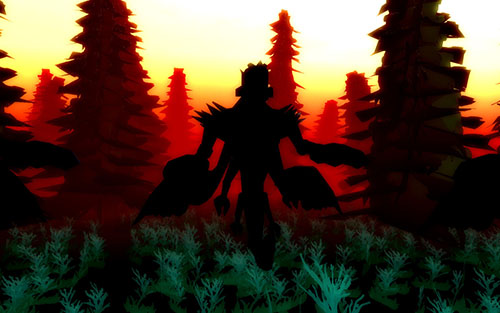 A first-person adventure in the style of Slender but thankfully not quite as brutally unfair as that game. An archaeologist wanders a mysterious landscape in search of ancient artifacts but a huge monster is stalking him every step of the way. The game is particularly memorable thanks to the neon colors of the landscapes, creating a truly striking environment that is fun to explore when you don’t have that monster on your back. 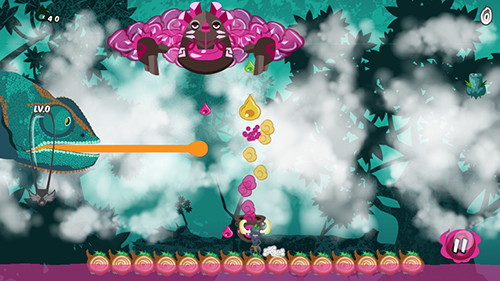 App Game Kit was clearly the right engine for this one, since Nerius looks a lot like a professional app you might see on your phone one day. Detailed and polished art catches your eye right away, but the bright colors are also central to the gameplay. Your character walks around with a giant bucket on his back trying to catch colored raindrops. The steep learning curve of the gameplay (or at least, how to score the most points) probably kept this game from getting farther in the contest but the artistry is highly impressive. 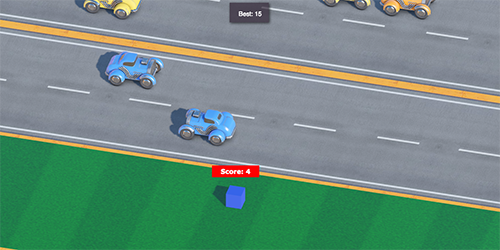 This retooling of Frogger wasn’t the most ambitious entry in the contest, but it’s a good time. A blue box (the chicken is presumably at home enjoying his time off) tries to cross a series of roads, first dodging cars and eventually trains. Like Little Big Runners, it can go on forever depending on how well you do. 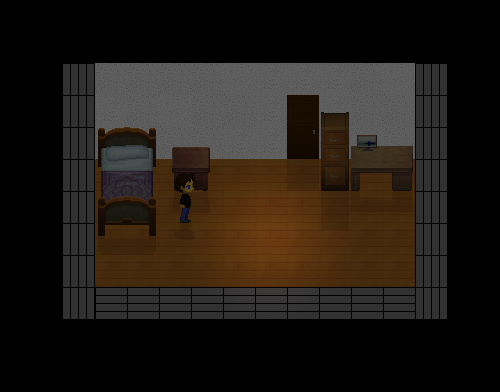 GG Maker hadn’t been out for very long when the contest began, meaning that whoever won this award would have to get the hang of it quickly. Project Gemini seems to have the basics down pretty well as the player is plunged into a surreal adventure featuring a hero who begins to lose track of whether he is dreaming or awake. Boasting voice acting and custom artwork, this is a good demonstration of what the engine can do.