A Conversation with the Creators of Nanuleu, the IGMC Second Place Winner 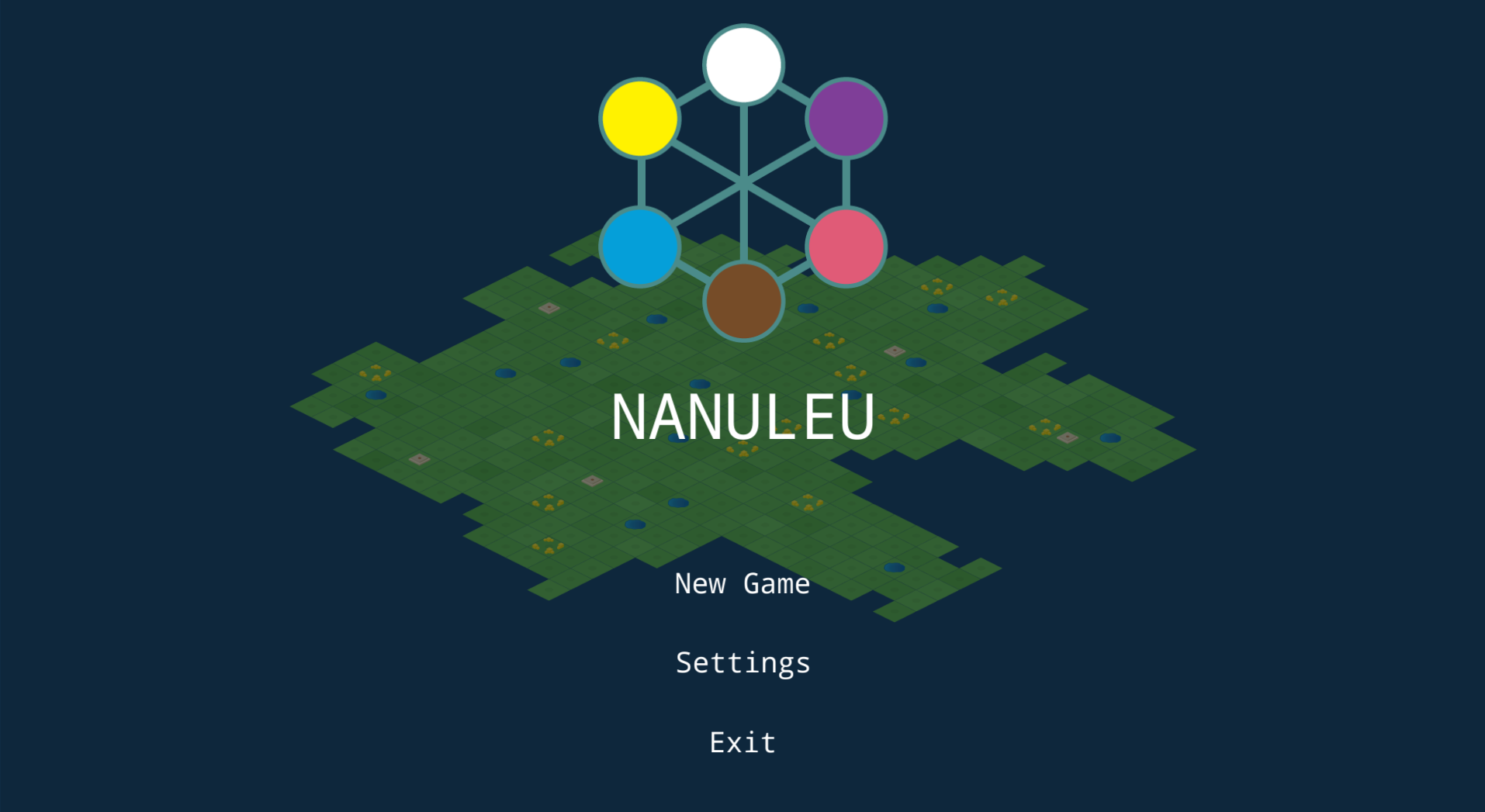 Nanuleu is a tough game. Like Corinne Cross’s Dead and Breakfast, I was the first judge to take a crack at it. The game is an elegant real-time strategy/tower defense game where the player collects resources to grow plants in preparation for an invasion of enemy forces. When the mysterious dark figures finally arrived, I didn’t last long. At that point, I could have moved on to the next game in my batch….but I wanted another shot. I felt like I could win now that I knew what I was in for. That’s the kind of game this is. This process repeated itself two or three more times and I realized I had better get to the rest of the games.

Still, Nanuleu was one of the most pleasant surprises of the contest and it continued to surpass expectations until it landed in second place. With its smooth animations and moody background music, the game is a very immersive experience. It also was one of the best examples in the whole contest of the “Growth” theme. Indeed, growth is the very essence of this game as you continue to sprout new trees in your desperate attempts to fight off the invaders.

I spoke with the creators, Alhvi Balcarcel and Carlos Villagran of Selva Interactive, to learn more about the game.

How did you feel when you heard you won 2nd place? Congratulations!

Carlos Villagran: Thank you! We were very happy, there were other good games that could have won and we were very nervous about it. But we were more shocked when we found out we were on the top 10. At that point we really had no idea how our game was doing or if it had been disqualified for some bug or glitch.

Alhvi Balcarcel: The first surprise was the top 10. I couldn’t believe it. After that I thought we would get the genre prize. It was a big surprise to get the 2nd place.

Let’s start with the name. What does “Nanuleu” mean?

AB: We are from Guatemala. Nanuleu is a spelling variation of Nan Ulew, that means “mother earth” in Quiché language, one of the 21 Mayan languages spoken in Guatemala. We decided to choose this name even though we do not speak Quiché, but Mayan languages and traditions are a big part of Guatemalan culture and we wanted to use something that could represent our country.

The game perfectly captures the contest’s theme of Growth. Did the theme give you the idea for the game or were you already planning to make the game this way?

CV: We were really lucky. We had already planned to make the game very similar to the final game but we were still discussing the idea. We didn’t know what the structures could be; we thought we could make an alien civilization or a very advanced country. When we heard the theme, we decided it had to be plants. 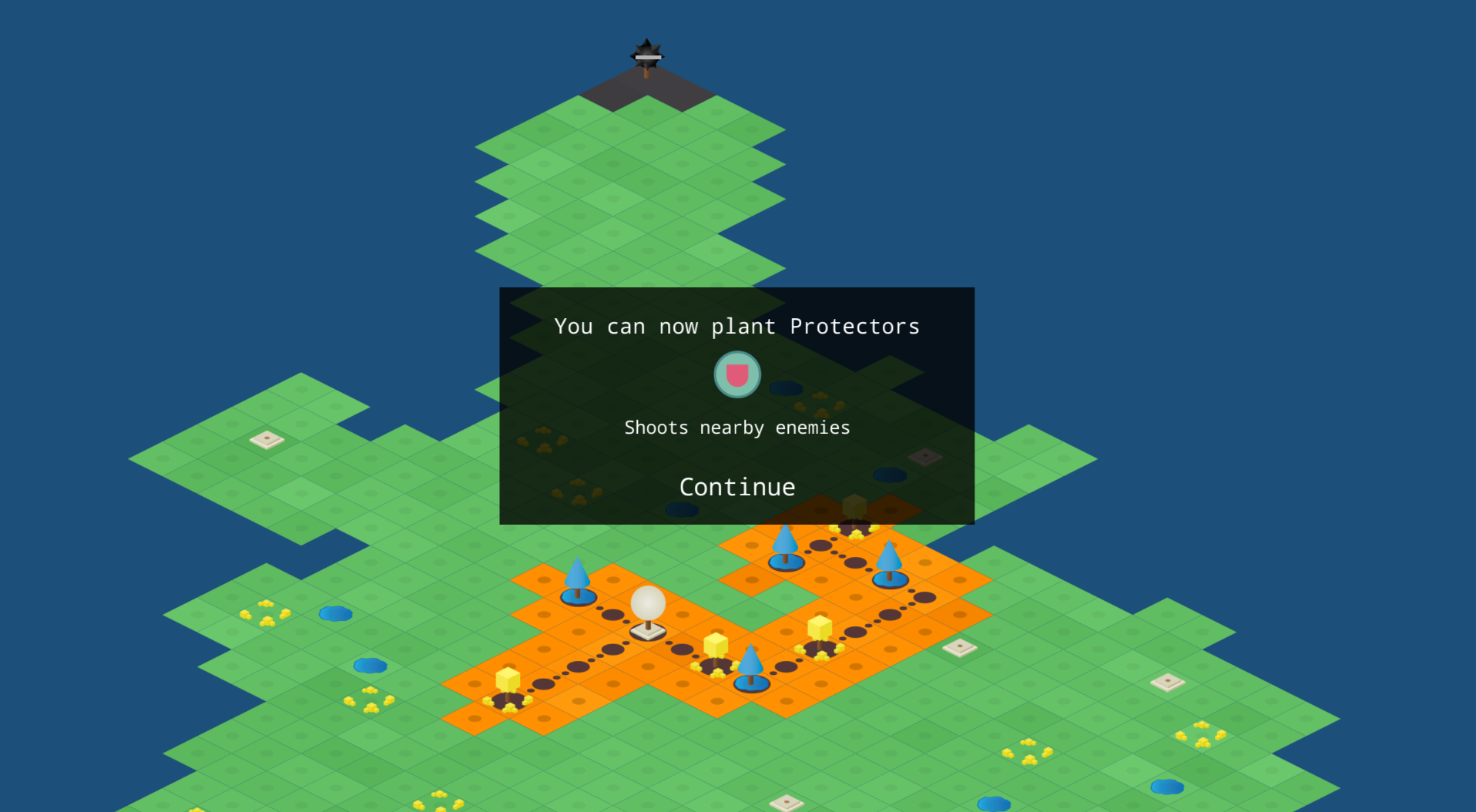 You’re going to need a LOT of these.

As a two-person team, how did you divide the work? Who did what?

CV: We both are programmers so at first the two of us worked on the prototype. When we got the basic mechanics working, Alhvi started doing the art and I kept working on the code. We both tested and made game design decisions together.

AB: I also looked for music and sound effects to use.  That was one of my favorite parts.

The premise of Nature fighting invaders is powerful in an archetypal way. Do you see it as a metaphor for anything? Some kind of environmental message?

AB:  Indeed it is, but in fact, we did not plan to convey this specific message.  As Carlos said, in the beginning we were exploring some ideas about an alien lifeform or connected circuits.

Was there anything you wanted to add but couldn’t because of the deadline? More units, perhaps?

AB:  Yes, we had planned to include a story.  The invaders were once part of your civilization and corrupted by evil. They left a long time ago,  but after they attack you, one of them repents and comes back to your home and then you’ll get units that are very similar to the attackers.  We wanted to present it in a format where you could see a mural that tells you what happened.  A new mural will be shown when you grew a new life tree. It’s still an idea we want to try, but we’re not sure if it will interfere too much with the gameplay.

CV:  Yes, well apart from the story, the last wave of enemies was kinda rushed in. Maybe we could have added something else or added them on a different way. Also we wanted to add more visual effects and animations for the structures and units. We would have liked to make the game a little faster at the start so players didn’t have to wait so long, but that caused a lot of problems on the endgame so we ended leaving it as it is. 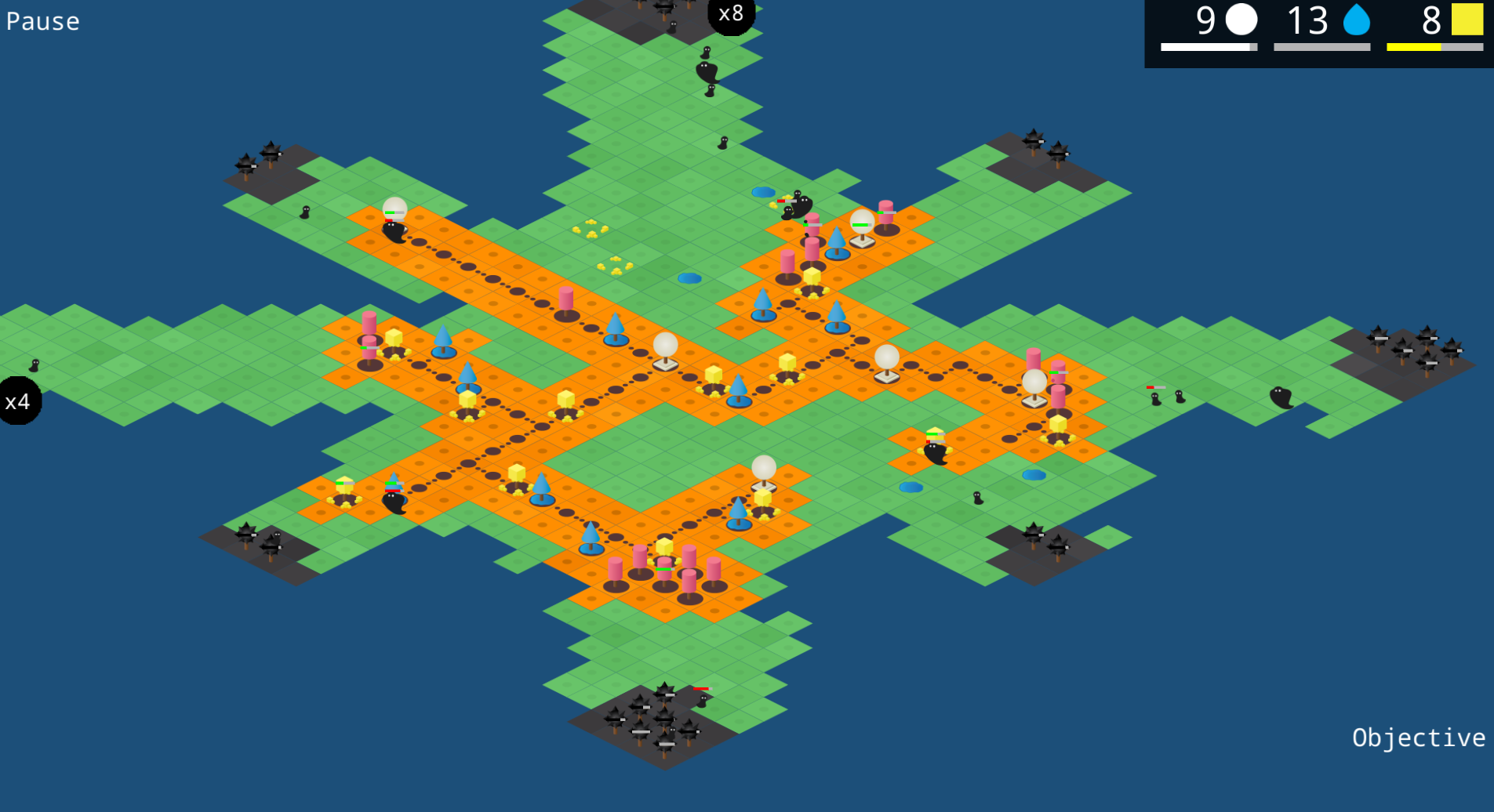 Were you able to play any of the other entries during the judging period? If so, what stood out to you?

CV: Yes, we did play some. We played almost all the top 10 entries and a few before that. I really liked Symbiote’s gameplay. It’s a good game.

AB:  Yes, we played some of the finalists and other games made in Latin America.  I personally was amazed about the art quality and the stories presented in some of the games.  I’m glad Corinne Cross’s Dead & Breakfast won first place;  it was very well done.  Also I really liked the art of Salim. It was outstanding.

What’s next for you two?

Last question – Is it possible to “win” at this game? I don’t think any of the judges were able to even though we all liked it.

CV: Yes, it’s pretty hard but you can win the game. We actually wanted the game to be like this. A game that you have to play many times before you can win it. We had some people on our local game dev community test it. Some found it hard and some found it easy. We definitely need to make some difficulty adjustments and test it with more people.

Next post: Talking with the Creator of Symbiote, the IGMC Third Place Winner